We are Mack Inc.

A Pioneer and Precision Planting Dealer 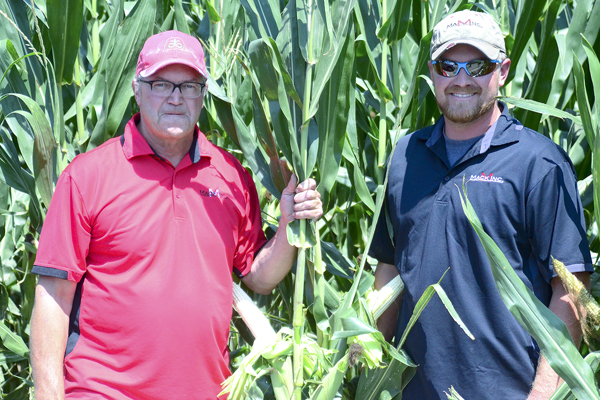 It doesn’t take long when you sit down with the McKenzie clan to realize that what they do for a living isn’t just a job - it’s a passion.

Service above the call of duty is what drives John and Jan McKenzie, as well as, their son, Nathan, and his wife, Jan Jaree (JJ). In their minds and hearts, it is what Mack, Inc. is all about.

The company is far more than just a Pioneer Seed Dealership. They go above and beyond the sales and delivery of seed. In fact, the McKenzies help their area producers in many aspects of their production, both during the growing and the non-growing seasons.

They provide a crop consultant service to their producers, scouting for plant health, disease and many live pests that can damage, if not destroy, crops year in and year out.

They help prepare many producers with their precision planting services. In all, it is a full service operation that, at the end of the day, to John, is a business that makes him proud to be a part of.

“We’ve always prided ourselves on being service oriented, taking care of our customers’ needs no matter what that might be,” said John.

“When Jan and I started this business, I farmed and sold seed, which just really didn’t work well for what my true goal was as a dealer for Pioneer seed.”

McKenzie added, “I realized after 11-12 years that with me farming and trying to serve my seed customers’ needs, I wasn’t able to do both because I was busy growing my own crops each year.”

It was in 1995 that the McKenzies changed from being a farmer-dealer to strictly a seed dealer.

The company then added the crop scouting business to their docket of offerings, which, in John’s mind, allowed his business to far better serve their customers.

“We were still able to be in the field and it got us much closer to our customers’ needs far beyond just selling them the seed in which to plant,” he said.

Both moved to the county as teachers, John teaching one year in Geneva as an ag instructor and Jan teaching in several county school districts.

It didn’t take long, however, for John to dig deep into the farm scene. After one year of teaching at Geneva, his father in-law asked if he’d be interested in joining him on the farm.

From there, the McKenzie clan took off to become what they have become over the years - service providers to their customer base.

Since the time in which the McKenzies began their business, the agriculture business has changed beyond belief, according to John.

“It used to be that the largest planter you would see was 4-6 rows. Once in a great while you might see an eight row planter. Tractors, in many cases, were just work horses without all of the equipment we see today on them.”

He added, “But despite all of the changes we have seen from the time I began farming until today, in regards to equipment, computers, GPS devices, and other devices that have greatly improved productivity and efficiency, the farmer is still a farmer.”

He again stresses service as the number one key to what Mack Inc. does. “We have diversified over the years to keep up with customer needs. Pioneer and their seed offerings have also grown beyond belief.”

“When we started this business, a corn hybrid may have been in our seed line-up for upwards of ten to 15 years. Today, with continued advancements in seed quality, a hybrid might be in the line-up for two to three years.”

McKenzie explains that with constant research all over the country and world by Pioneer, a hybrid that was a strong producer three years ago is so far from its original production through advancements in technology. The hybrid, as it was three years prior, has changed to keep up with changes in soils, pests, disease and chemicals that producers use today. 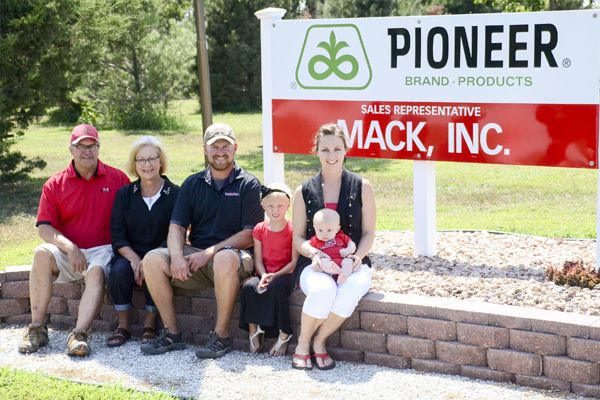 According to Nathan, who joined the family business after returning to Sutton in 2006, said, “Hybrids change with the current trends because of so many different variances.”

Nathan added, “Soil changes, weather conditions, pests and disease constantly change. Scientists within Pioneer are always trying to be on the cutting edge of trend changes in the business.”

“A large emphasis is put on test plots with research to develop new hybrids that best fit the changes during any given growing season,” he added.

What really is the hallmark of the McKenzie's growing season is to see the reward to the producers that they work for.

“It’s great in my eyes,” said John, “to see the hard work that everyone puts into their crops each year reward them at harvest time. That is the most rewarding to me.”

There are so many things, according to the McKenzies, that have made row crop production far more efficient and far more productive. Changes not only in hybrids, but in farming practices, water use, chemical uses, and land management have been significant.

According to John, “Even ten years ago producers didn’t think much, if at all about seed spacing during planting, which obviously reduced yields because of less plants per acre.”

“Now, with precision planting practices, better chemical uses, water applications while irrigating with seed spacing reaching in some cases upwards to 34,000 plants per acre, yields are much higher per acre which increases the amount of food that will feed the world.”

The McKenzie operation, which changed from J&J Enterprises to MACK Inc. when their son returned to join the family business isn’t a small one either.

“When Nathan returned, he told us that he didn’t want to be the ampersand (&) in the business name, so we changed the name," John joked.

The business isn't a small one, John and Nathan combined, scout just over 10,000 acres. Most are seed customers. In all, they have about 50 seed customers within their seed sales district and another 250 or so customers that the McKenzies provide precision planting services to.

Their precision planting services takes Nathan from the Clay County area down to Hebron and Superior areas as well. 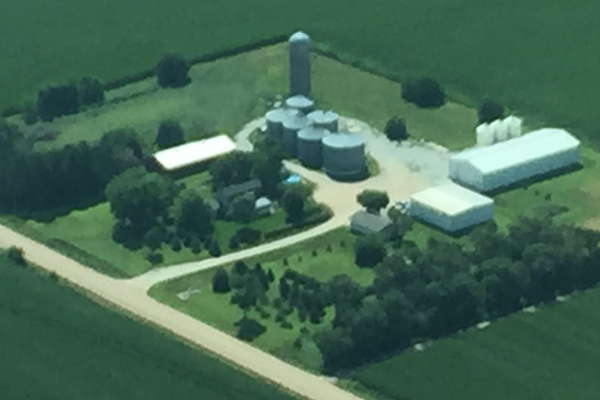 “What is unique about the white corn hybrids that we sell is that in many cases those same hybrids are also sold in areas of South Africa,” said John.

Most all of their hybrid varieties are brought to their facility, located a half-mile east of Highway 14 along Road 319 in Clay County, from Pioneer Hybrid distribution and research centers near Doniphan and York. “Most of what we sell is developed and brought into production in Nebraska, specifically in Central and South Central Nebraska, where all the development, research and test plot research is done,” said John.

“It used to be that what we’d sell was developed with all the testing and research done in Iowa or Illinois, where their weather and soil types are so different. Now what we sell is all produced with Nebraska soils, weather and many other factors figured into each hybrid.”

Change is always going to take place in the world of agriculture, that being no different for the McKenzie’s and MACK Inc. What will never change according to John and Nathan, however, will be their service and attention to detail.

“Some you just learn as you go. Everyday we learn, but with trends constantly changing, our service and attention to detail with each and every customer will always remain our top priority,” said John.

“We’re not perfect by any means. We certainly care about what we do. We absolutely care about helping our customers achieve the best yields each year at harvest time, while serving them throughout the entire year. To see our customers have a good year makes us gauge how our year has gone as well,” said John.

“If we can help just a little, or as much as they need us, we feel like we’re doing our job right.”

Article written and released by Clay County News of Sutton, NE in August 2014.